Queen for a Day? No, But You Might be President for a Day! 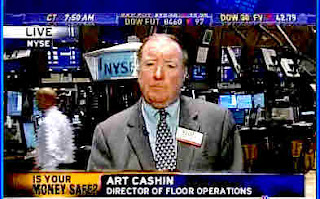 On this day (-2), (which would be March 4th if you have a graduate degree) in 1849, there occurred an event that gave rise to another of the twelve great barroom puzzlers: "Was there ever a guy who was President of the United States for twenty four hours?"

Actually, it was an event that actually didn't take place that caused this oddity to happen. Prior to FDR, Inauguration Day occurred on March 4th. (due to longer travel times by horse and wagon).  This particular March 4th fell on a Sunday and the newly elected President, Zachary Taylor, refused for religious reasons to take an oath on a Sunday. So, since the term of the former president expired at noon and the new guy wouldn't take the oath till Monday..the oval office would be empty.

The Succession Act of 1792 had provided for just such a problem (gotta love those Founding Fathers). The vacancy was to be filled by the President ProTem of the Senate. Interestingly, the Senate had elected a Missouri Senator, David Rice Atchison, to that post only two days earlier.

The White House logs indicate that during his twenty-four hour term as President, Atchison did neither tax nor spend. Rather he slept through the day.  Ah!  For such a benign presidency these days.

Railroad buffs and song buffs will note that this "One Day Prez" lives on as a part of  "the Atchison, Topeka and Santa Fe."  (Made famous by Judy Garland in a film called “The Harvey Girls”.)

The above was republished here by express permission of the author, Arthur Cashin, who writes "Cashin's Comments", a daily market commentary and analysis for UBS, who holds the copyright for his historical entertainment as well as his excellent dissection of the stock market's ups and downs. Mr. Cashin's historical musings were the inspiration for this blog and it is a great kindness for him to allow his work to be reproduced here.