Carl Switzer, The Sad End to a Wonderful Life 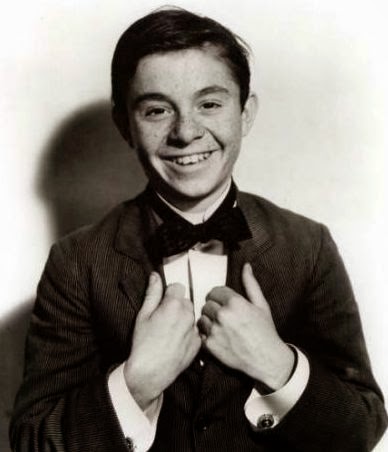 On this day (+1) in 1959, a man was killed by a gunshot during a drunken brawl outside a saloon in California. Even in 1959 this was not a totally remarkable event in California. Unless, of course, the victim was a celebrity, someone that the American public might see as part of its history.

But the police report simply listed the deceased only as one Carl Switzer, a former movie actor. At the time, only grade "B" movie buffs would recognize the name. Not until a few years later, when TV tried to fill time by rerunning old Hal Roach movies, would hotshots be able to say "Hey, that's Alfalfa!" The strident singing star of a series called either "Our Gang" comedies or "The
Little Rascals." His only other notable role was as the teenager who turned the switch that opened the gym floor above the pool in Frank Capra's "It's A Wonderful Life."