A Pie in the Sky Idea 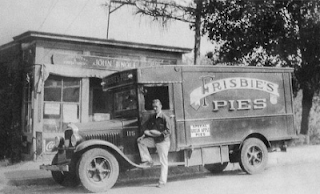 On this day (-1) in 1957, the inventive son of a bright inventor and a company with a flair for marketing combined to launch a product that would captivate the youth of America (and elsewhere) for over a third of a century.

The inventive son was Walt Morrison, whose dad had perfected sealed beam headlights.  The company was the Wham-O Corporation, which had found a way to sell slingshots to kids who used to make them for free in their backyards.

Anyway, Morrison noticed that America, after two back to back wars, was captivated by space, aliens and science.  He also noted that America was filled with young soldiers returning to the girls they left  behind and girls grateful to see young men again.  The confluence of events resulted in the greatest decade of attendance at drive-in movies and the greatest outpouring of grade B & C - science fiction movies for said drive-ins.

Morrison noted that these movies that the people watched in drive-ins (watched during trips to the snackbar) all seemed to have "Flying Saucers" (or what looked like an inverted saucer hung from a string).  So he resolved to develop a toy that would fly through the air looking like one of the saucers.  And when he and Wham-O introduced it this day, naturally they called it - "The Flying Saucer." 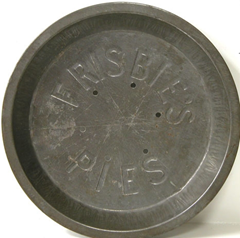 Sales were okay for a while but they decided to try a marketing effort on college campuses.  When they hit Yale, they found students playing games of catch with their own version of a flying saucer -- empty pie tins.  When asked what they were doing, they replied "frisbieing" since the original pie tins had come from the Frisbie Baking Company.  The Wham-O folks were smart enough to re-name the product to catch on to an existing East Coast fad.  Thus the "flying Saucer" became the "The Frisbee."