Why Was Lisa Moaning? 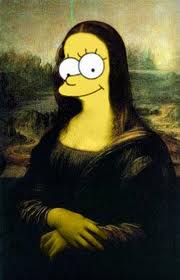 On this day in 1507, a well-to-do patron of the arts finally lost his patience with a certain painter whom he had hired to paint his wife's portrait.  But, who could blame him?  Sure the painter had a good reputation but he had been working on this portrait for over four years.  All this time hanging around the house, inviting himself to dinner and often sampling the house wine.

So, the patron, whose name was Francesco del Gioconda and his wife, whose name was Lisa, told the painter to take a hike. That left the artist with an unfinished painting to sell.  Luckily a new patron wanted to hire him - but this hiring was for his talents in military engineering not his painting talent.  However, to seal the deal the gent agreed to buy the artist's unfinished leftover.

Thus, the new patron - King Francis I of France - came into possession of the partially unfinished portrait by the aging Tuscany painter.  But while the painter, Leonardo Da Vinci, continued to call the portrait "La Gioconda", the King's court reverted to the first name of Mrs. Gioconda and called it, "Mona Lisa."

To celebrate, drop by the local Victoria's  Secret outlet (30% or more off) and buy something nice for a young lady with no eyebrows and an enigmatic smile.

This article was originally published as part of "Cashin's Comments", a daily market letter written by Art Cashin for UBS Corp. It is republished here by express permission of the author.
Posted by Grant Davies